In this lab, we will look at some basic Docker commands and a simple build-ship-run workflow. We’ll start by running some simple containers, then we’ll use a Dockerfile to build a custom app. Finally, we’ll look at how to use bind mounts to modify a running container as you might if you were actively developing using Docker.

You will need all of the following to complete this lab:

Use the following command to clone the lab’s repo from GitHub (you can click the command or manually type it). This will make a copy of the lab’s repo in a new sub-directory called linux_tweet_app.

Make sure you have a DockerID

If you do not have a DockerID (a free login used to access Docker Hub), please visit Docker Hub and register for one. You will need this for later steps.

There are different ways to use containers. These include:

In this section you’ll try each of those options and see how Docker manages the workload.

Run a single task in an Alpine Linux container

Containers which do one task and then exit can be very useful. You could build a Docker image that executes a script to configure something. Anyone can execute that task just by running the container - they don’t need the actual scripts or configuration information.

You can run a container based on a different version of Linux than is running on your Docker host.

In the next example, we are going to run an Ubuntu Linux container on top of an Alpine Linux Docker host (Play With Docker uses Alpine Linux for its nodes).

Interactive containers are useful when you are putting together your own image. You can run a container and verify all the steps you need to deploy your app, and capture them in a Dockerfile.

You cancommit a container to make an image from it - but you should avoid that wherever possible. It’s much better to use a repeatable Dockerfile to build your image. You’ll see that shortly.

In this step you’ll learn how to package your own apps as Docker images using a Dockerfile.

The Dockerfile syntax is straightforward. In this task, we’re going to create a simple NGINX website from a Dockerfile.

Let’s have a look at the Dockerfile we’ll be using, which builds a simple website that allows you to send a tweet.

When you’re actively working on an application it is inconvenient to have to stop the container, rebuild the image, and run a new version every time you make a change to your source code.

One way to streamline this process is to mount the source code directory on the local machine into the running container. This will allow any changes made to the files on the host to be immediately reflected in the container.

We do this using something called a bind mount.

When you use a bind mount, a file or directory on the host machine is mounted into a container running on the same host.

Start our web app with a bind mount

Bind mounts mean that any changes made to the local file system are immediately reflected in the running container.

Even though we’ve modified the index.html local filesystem and seen it reflected in the running container, we’ve not actually changed the Docker image that the container was started from.

To show this, stop the current container and re-run the 1.0 image without a bind mount.

To persist the changes you made to the index.html file into the image, you need to build a new version of the image.

Push your images to Docker Hub

You can browse to https://hub.docker.com/r/<your docker id>/ and see your newly-pushed Docker images. These are public repositories, so anyone can pull the image - you don’t even need a Docker ID to pull public images. Docker Hub also supports private repositories.

Check out the introduction to a multi-service application stack orchestration in the Application Containerization and Microservice Orchestration tutorial.

Docker runs in a separate network by default called a docker bridge network, which makes DHCP want to serve addresses to that network and not your LAN network where you probably want it. This document details why Docker Pi-hole DHCP is different from normal Pi-hole and how to fix the problem.

Docker's bridge network mode is default and recommended as a more secure setting for containers because docker is all about isolation, they isolate processes by default and the bridge network isolates the networking by default too. You gain access to the isolated container's service ports by using port forwards in your container's runtime config; for example -p 67:67 is DHCP. However, DHCP protocol operates through a network 'broadcast' which cannot span multiple networks (docker's bridge, and your LAN network). In order to get DHCP on to your network there are a few approaches:

Here are details on setting up DHCP for Docker Pi-hole for various network modes available in docker.

Possibly the simplest way to get DHCP working with Docker Pi-hole is to use host networking which makes the container be on your LAN Network like a regular Raspberry Pi-hole would be, allowing it to broadcast DHCP. It will have the same IP as your Docker host server in this mode so you may still have to deal with port conflicts.

A Macvlan network is the most advanced option since it requires more network knowledge and setup. This mode is similar to host network mode but instead of borrowing the IP of your docker host computer it grabs a new IP address off your LAN network.

Having the container get its own IP not only solves the broadcast problem but avoids port conflicts you might have on devices such as NAS devices with web interfaces. Tony Lawrence detailed macvlan setup for Pi-hole first in the second part of his great blog series about Running Pi-hole on Synology Docker, check it out here: Free your Synology ports with Macvlan

Docker Pi-hole with a bridge networking¶

If you want to use docker's bridged network mode then you need to run a DHCP relay. A relay points to your containers forwarded port 67 and spreads the broadcast signal from an isolated docker bridge onto your LAN network. Relays are very simple software, you just have to configure it to point to your Docker host's IP port 67.

Although uncommon, if your router is an advanced enough router it may support a DHCP relay. Try googling for your router manufacturer + DHCP relay or looking in your router's configuration around the DHCP settings or advanced areas.

If your router doesn't support it, you can run a software/container based DHCP relay on your LAN instead. The author of dnsmasq made a very tiny simple one called DHCP-helper. DerFetzer kindly shared his great setup of a DHCP-helper container on the Pi-hole Discourse forums.

Warning about the Default bridge network¶

Avoid using the built-in default docker bridge network, the simplest way to do this is just use a docker-compose setup since it creates its own network automatically. If compose isn't an option the bridge network docs should help you create your own.

Basically, you have two options how to run your application in Docker. 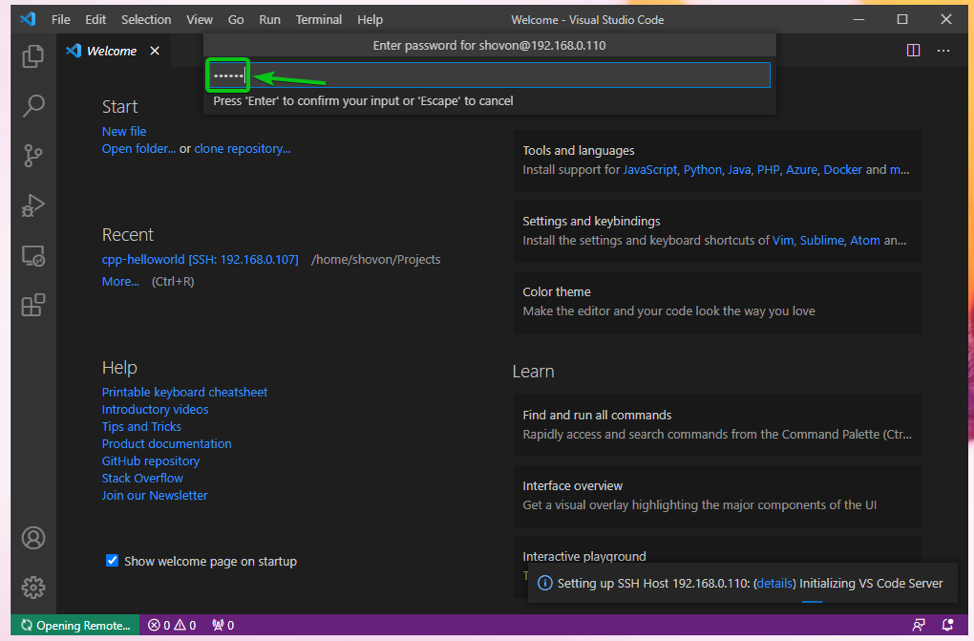 We will use a very simple application to demonstrate an overall deployment process. I chose GitList, which is fully available on the official hub.

Search for the keyword 'GitList' on the Registry tab in the Docker application and download it. If you need more instructions, check this.

You need to know a command how to run a downloaded application. You will usually find it on the official page of the downloaded image, in our case of the GitList:

Use the downloaded image for creating a new container with your application inside the Docker application on your Synology.

You may use either Launch with wizard (1) or Launch with Docker Run (2) options in the Launch menu on the Image tab:

There is no real difference between them, the second option tries to analyze your 'docker run ...' command and automatically fills in the wizard, which appears after that as well.

On Step 2 we can create a shortcut on desktop (1) in DSM to the GitList homepage:

On the Summary page, open Advanced Settings (1) to map your folder with Git repositories to GitList:

Advanced Settings gives you an ability to Add Folder (1) placed on your Synology (2) and mount it to GitList (3):

After you started a new container (on the Container page), you may visit GitList in your browser through the IP assigned to Synology and using the port 8888:

The Docker application is quite deeply integrated into DSM, so you are able to configure an access to your application in the Firewall setting:

NOTE: GitList itself doesn't contain any user management or access restrictions, so enabling access to GitList outside of your network is not a good idea.