Let’s walk through how to setup PHP and Apache with Docker
We will use the following components to achieve this
1. Dockerfile
2. Docker compose file
3. Docker and Docker compose commands
With the PHP official Docker image, apache’s implementation is already available
see this link:
https://hub.docker.com/layers/php/library/php/7.3-apache/images/sha256-0c3dbffed38021b5fae422ae0044b1bffc74f42330051b9bebdd2468c130eb89?context=explore

Just add the following two lines to the corresponding sections in the docker-compose.yml: Add your new php.ini to the php-ini folder in the compose root folder. The directory will be scanned for the ini files after the original ini file is parsed and before conf.d files are parsed. So, you can override initial file setting or add new ones to. Now I can just run./docker-run.sh and automate the process. You can share network, by append this snippet below. # create network: docker network create xnmp-network networks: default: external: name: xnmp-network. 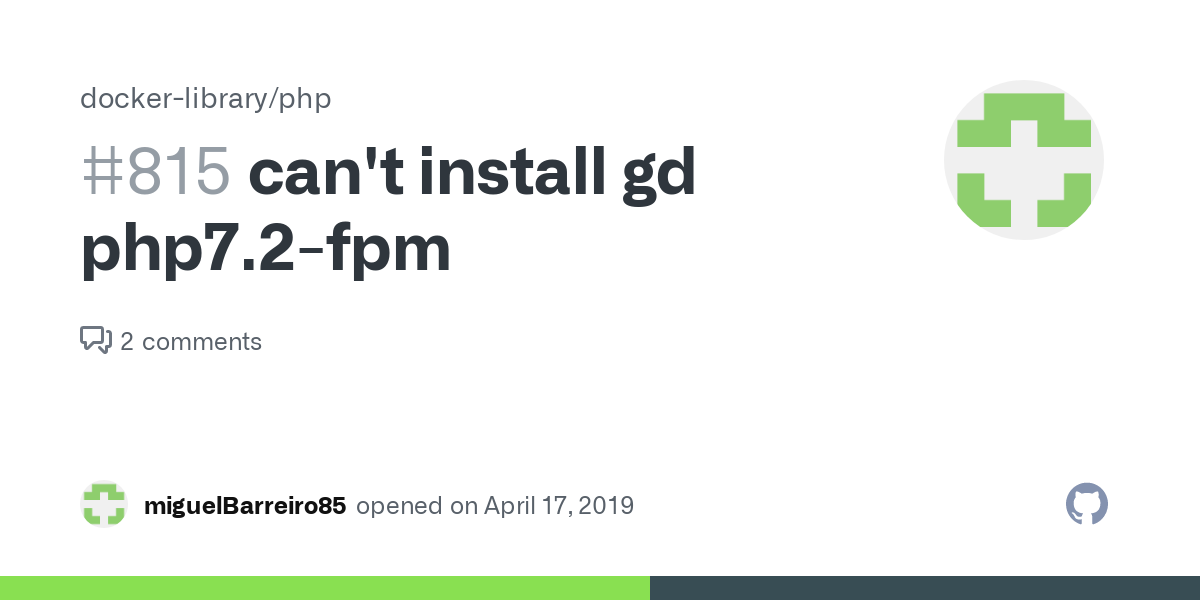 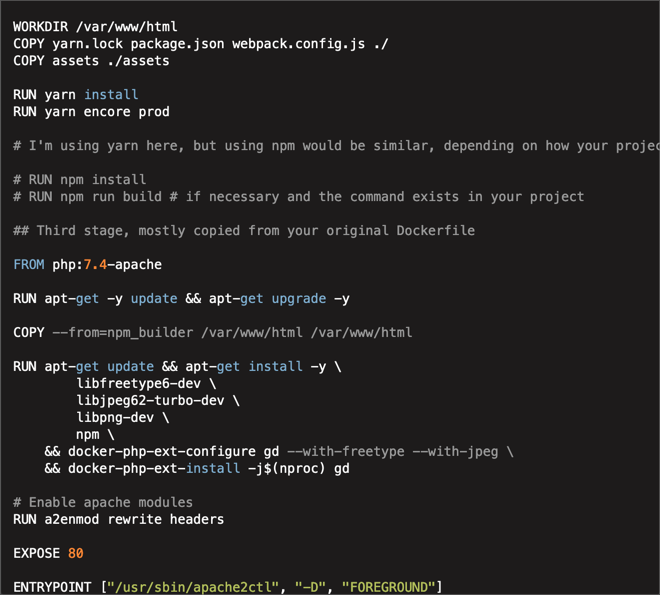 When we run this, PHP 7.3 along with apache will be launched in one container, we will use this image as a base image throughout this post.
With this default image, comes limited packages, you may want to add some PHP packages they are widely used for development.
Let’s try to make Dockerfile where we will mention many of widely used packages and see how to build that and use it to launch containers.

You can add additional PHP extensions wherever needed, Do comment if you face any issues while adding more packages in Dockerfile

Above docker-compose file will do the following

It will build this Docker image and give it name that will be written in docker-compose file, in our case php-apache-7.3

Now, let’s make container from this image and complete task. With docker ps, you can check if the container is running or not.

Do Comment, if you find any difficulties while implementing this