Install the Harbor Container Image Registry Locally. In this post I’ll deploy a Harbor image registry on a local OSX workstation/laptop. Requirements: OSX; Brew; Docker for Desktop; Kind. Kind stands for “Kubernetes in Docker” and is an easy way to get a local Kubernetes cluster running. One of the things that makes Docker so useful is how easy it is to pull ready-to-use images from a central location, Docker’s Central Registry.It is just as easy to push your own image (or collection of tagged images as a repository) to the same public registry so that everyone can benefit from your newly Dockerized service. In this post, I will explain how you can set up a local Docker Registry on your Mac in a few easy steps. To keep things simple, however, you can issue the below command. [email protected] /D/quote-randomizer docker run -d -p 5005:5005 -restart=always -name registry registry:2. Unable to find image 'registry:2' locally.

One of the things that makes the Docker Platform so powerful is how easy it is to use images from a central location. Docker Hub is the premier Image Repository with thousands of Official Images ready for use. It’s also just as easy to push your own images to the Docker Hub registry so that everyone can benefit from your Dockerized applications.

But in certain scenarios, you might not want to push your images outside of your firewall. In this case you can set up a local registry using the open source software project Distribution. In this article we’ll take a look at setting up and configuring a local instance of the Distribution project where your teams can share images with docker commands they already know: docker push and docker pull.

To complete this tutorial, you will need the following:

The Distribution project has been packaged as an Official Image on Docker Hub. To run a version locally, execute the following command:

The -d flag will run the container in detached mode. The -p flag publishes port 5000 on your local machine’s network. We also give our container a name using the --name flag. Check out our documentation to learn more about these and all the flags for the docker run command.

Pushing and Pulling from a local registry

Now that we have our registry running locally, let’s tail the container’s logs so we can verify that our image is being pushed and pulled locally:

Open another terminal and grab the Official Ubuntu Image from Docker Hub. We’ll use this image in our example below:

To push to or pull from our local registry, we need to add the registry’s location to the repository name. The format is as follows: my.registry.address:port/repositoryname.

In our example, we need to replace my.registry.address.port with localhost:5000 because our registry is running on our localhost and is listening on port 5000. Here is the full repository name: localhost:500/ubuntu. To do this, we’ll run the docker tag command:

Now we can push to our local registry. 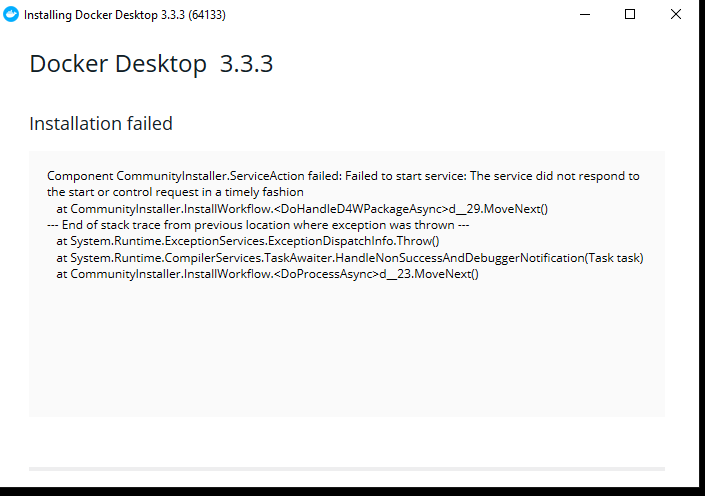 Docker looks for either a “.” (domain separator) or “:” (port separator) to learn that the first part of the repository name is a location and not a user name. If you just had localhost without either .localdomain or :5000 (either one would do) then Docker would believe that localhost is a username, as in localhost/ubuntu or samalba/hipache. It would then try to push to the default Registry which is Docker Hub. Having a dot or colon in the first part tells Docker that this name contains a hostname and that it should push to your specified location instead.

Switch back to the terminal where our registry logs are being tailed. If you review the logs, you will see entries displaying the request to save our ubuntu image:

Now let’s remove our localhost:5000/ubuntu image and then pull the image from our local repository to make sure everything is working properly.

First print a list of images we have locally:

Now remove the localhost:5000/ubuntu:latest image from our local machine:

Let’s double check the image has been removed:

Finally pull the image from our local registry and verify that it is now pulled to our local instance of Docker. If you would like to learn more about the Distribution project, head on over to the open source project homepage on GitHub and be sure to check out the documentation.